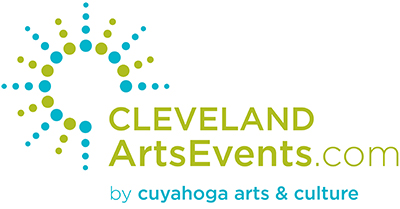 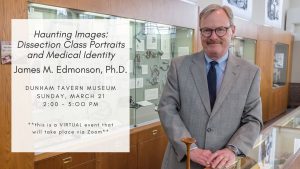 James Edmonson, “Haunting Images: Dissection Class Portraits and Medical Identity”
A talk based on Edmonson’s book, Dissection: Photographs of a Rite of Passage in American Medicine 1880 – 1930, with co-author John Harley Warner, Edmonson will include material about grave robbing in Ohio, which influenced the state’s Anatomy Act in the 1880s, regularizing the supply of cadavers to medical colleges in the state.

James M. Edmonson is Emeritus Chief Curator of the Dittrick Medical History Center and Museum (Case Western Reserve University).  A graduate of the College of Wooster, Jim received his MA and PhD at the University of Delaware. As a historian of medical technology, he curated over thirty exhibitions on medical history, notably on the history of contraception, surgical instruments, and diagnostic technologies. Jim’s chief publications include American Surgical Instruments (1997) and Dissection: Photographs of a Rite of Passage in American Medicine, 1880-1930 (2009), this latter work being the basis for his talk at the Dunham Tavern Museum. He is currently preparing a history of the rare book collection of the Cleveland Medical Library Association. That distinguished but underappreciated collection numbers over 30,000 rare and remarkable volumes, including medical classics as early as the 1470, and is located in the Allen Memorial Medical Library across from Severance Hall in University Circle.