Posted by City of Cleveland ; Posted on
Call for Artists - DEADLINE : 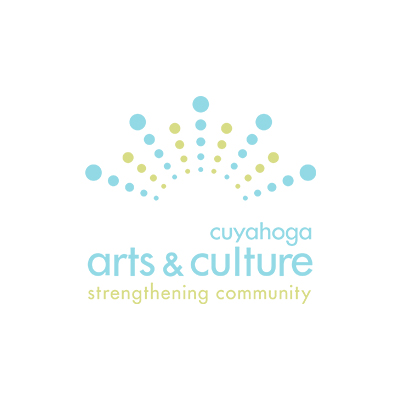 The City of Cleveland, through its Public Art Program, is requesting qualifications from artists or teams of artists interested in producing public art for a new public plaza at East 105th Street and Ashbury Avenue in Glenville.
Up to five of the artists who respond to this RFQ will be interviewed by the City of Cleveland’s Public Art Committee. The artist or artist team chosen to produce the artwork will be expected to work with community representatives toward producing an artwork that represents the spirit of Glenville and that will honor and be an asset to the surrounding neighborhoods and city. This will include at least one community meeting during the public artwork’s design phase.
The Public Art Program
The City of Cleveland’s Public Art Program requires that certain major capital projects undertaken by the City set aside 1.5% of their project-construction budgets for use toward a public art component.
Program requirements are that the artwork be in proximity to the improvements that generated the funding for the artwork.
Eligibility
This competition is open to all qualified artists or teams of artists who are based in or have strong ties to Glenville and who are above the age of 18.

Project site
The project site is on a prominent corner in the Glenville neighborhood of Cleveland. The plaza will be one block east of Rockefeller Park and in proximity to prominent University Circle institutions, including the Louis Stokes Cleveland VA Medical Center.
Project budget
The all-inclusive art budget for this project is $16,000. The budget must cover design (including engineering), fabrication, and installation of the artwork, as well as an artist fee and any other related costs.
Submission requirements
Artists or teams are required to electronically submit a one-page narrative describing their qualifications and explaining why they would be interested in working on this project. Within the narrative, artists should indicate what approach they would take to producing a public artwork for the proposed public plaza, including what steps they would take to engage neighboring communities and what types of artwork they would produce. Artists are encouraged to have a conceptual proposal in mind of what they envision producing for the park.
Additionally, artists are required to submit, in electronic format:
 An up-to-date CV or resume;
 Up to 10 images depicting completed relevant work in JPEG or PNG format, suitable for inclusion in a PPT or PDF presentation; and
 An annotated slide list for the depicted artworks, including location, commissioning agency, materials, and total project budget. For each slide submitted, artists must note what their role was in producing the depicted artwork.
Up to five artists or artist teams will be invited to participate in an interview with the City of Cleveland’s Public Art Committee.
Submission deadline
Submissions must be received by 12 p.m. Cleveland time, on Monday, September 16, 2019. Entries must be submitted electronically to both tpetras@city.cleveland.oh.us and vreddy@land-studio.org.
Direct questions to Vince Reddy at the e-mail address above or 216-621-5413, ext. 107.

© 2021 Cuyahoga Arts & Culture. All rights reserved. All other trademarks are the property of their respective owners.