Auditions for the Mystery of Edwin Drood!

Posted by Near West Theatre ; Posted on
Auditions 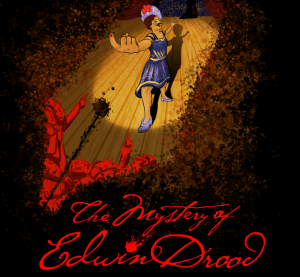 Inspired by the great British Music Hall and Melodrama traditions of the Victorian Era, The Mystery of Edwin Drood promises an evening of thrills and chills, hilarity and hijinks…and a surprising ending. Based on the unfinished work of Charles Dickens, this unsolved musical-murder-mystery invites you to join a delightfully zany crew of players at the Music Hall Royale as they regale you with a show within a show unlike anything you’ve ever seen at Near West Theatre. Nine performances. Dozens of possible endings. The fate of the company rests in your hands!

THE MYSTERY OF EDWIN DROOD is presented by arrangement with Tams-Witmark, www.tamswitmark.com.

Auditions are held at Near West Theatre (6702 Detroit Ave). Please arrive 15 minutes early to register. Auditions begin promptly at the designated time. Anyone arriving after the starting time will be asked to audition at the next scheduled day.

Near West Theatre holds group auditions in a relaxed and friendly environment. No preparation or preregistration is required. Actors of all experience levels are led through multiple improvisational exercises providing every participant equal opportunity to create through word, movement, and song. Please wear comfortable clothing and shoes for dancing so you can move easily. Auditions focus on the creative process, not the product; on working as an ensemble, not solo. After this first level audition, callbacks will focus on individual roles/songs and working from the script.