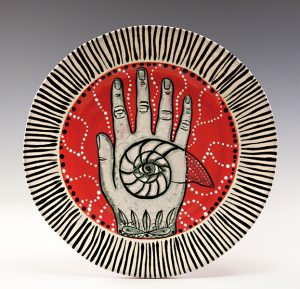 Curated by Mary Urbas, Recast is the follow-up exhibition to 2016’s popular Ceramics Invitational. The show will feature a diverse array of ceramics, including hand-built, wheel thrown and sculptural work and will include rarely shown Ohio artists

The Artists Archives of the Western Reserve is proud to begin the Fall season with Recast: Curated by Mary Urbas, the follow-up exhibition to 2016’s popular Ceramics Invitational.  The event will be celebrated with a campus wide opening reception on Friday, September 21, 5:30 – 8:00pm which includes the Sculpture

The Artists Archives of the Western Reserve is proud to begin the Fall season with Recast: Curated by Mary Urbas, the follow-up exhibition to 2016’s popular Ceramics Invitational.  The event will be celebrated with a campus wide opening reception on Friday, September 21, 5:30 – 8:00pm which includes the Sculpture Center’s premiere of Swing States: Recent Perspectives in Glass Sculpture from the Middle West.

Recast is part of a larger, regional showing of ceramic artists known as Clay 5: A Clay Tour through Northeast Ohio, featuring 5 exhibitions, 3 curators and the work of both national and local creators. Clay 5, the brain-child of curator Mary Urbas, highlights the volume and diversity of area talent. Urbas also emphasizes the role of the Cleveland Institute of Art in the formation of Northeast Ohio’s clay community, noting that all 3 Clay 5 curators have CIA ties: Val Grossman (’12), Faculty Emeritus Judith Salomon and Urbas herself, who graduated in 1980.

Urbas explains, “My fascination with clay started when I was a student at the Cleveland Institute of Art… I took a hand-building class with Judith Salomon [whose work will be displayed in Recast].  I was intrigued by the alchemy, the chemistry of taking dry raw materials, adding water, creating a three-dimensional object, and then firing it in a kiln. I distinctly remember that moment… pulling the red-hot piece out… laying it in a nest of combustible materials, watching it catch fire, squelching the flames and containing the smoke. I was hooked!”

Urbas’ selections for Recast reflect this love of process. “I chose artists who honor their craft and incorporate the many different techniques of surface embellishments and various glaze applications, into ceramic art that will be hand-built, wheel thrown or sculptural in design.”  Urbas also added, “I wanted to take advantage of a different venue; to curate and design an installation that featured Ohio artists who don’t regularly show in this area, and I wanted to help bring some new visibility to their work.”

Among these rarely exhibited artists is Kimberly Chapman, a 2012 CIA graduate who returned to school after two decades in marketing to pursue a fine art degree.  Chapman’s haunting, post-modern objects juxtapose the traditional medium of porcelain with jarring, contemporary subjects like drug-addiction, gun violence and homelessness.

Richard Schneider, another lesser-shown artist, has been producing since the 1970’s, though his work has not been exhibited for some time.  Schneider’s art joyfully turns on its head the notion of clay as a functional medium, interrupting the surfaces of his work with unexpected and whimsical objects.  Schneider’s piece, Chili Peppers, features a neon cow-splotched platter with a collaged pyramid chained to its surface.  A row of sculpted ducks swim serenely by on the vessel’s lip, observing the irreverence with a tranquil grace.  Other Recast artists who do not typically show in Cleveland include Sarah Clague, Tom Radca and the late David Batz.

Both reception and exhibition are free and open to the public.  Gallery hours: Wed – Friday: 10am – 4pm, Saturday: 12pm – 4pm.  Ample free parking in AAWR’s adjacent lot and on East 123rd Street.

Artists Archives of the Western Reserve

MORE FROM Artists Archives of the Western Reserve 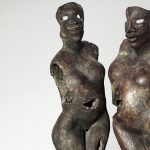 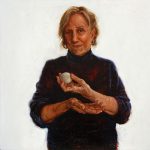 Women of the Archives at Judson Manor

Presented by Artists Archives of the Western Reserve at Judson Manor

CONNECT WITH Artists Archives of the Western Reserve 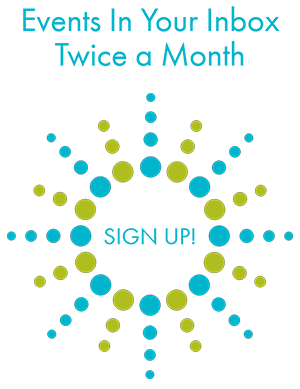 © 2021 Cuyahoga Arts & Culture. All rights reserved. All other trademarks are the property of their respective owners.